The advert, which highlights the charity’s mental health support services depicts a 12-year-old girl feeling distressed and afraid when at school, walking home and in her home via her phone in her bedroom. The advert shows how problems at school can follow young people home, especially as a result of social media and with most children owning smart phones and other devices.

In the 40 second commercial, the girl finds support and hope for the future by talking to a specialist Barnardo’s counsellor. We concepted this work for Barnardo's in partnership with production company Rogue Films, award-winning director Sam Brown, VFX experts The Mill, and sound studio Factory. It’s the first in a series of three new adverts which are the next instalment of Barnardo’s ‘Believe In Me’ awareness-raising campaign.

The stories are depicted by actors but are based on just one of the many real-life experiences of some of the children supported by the UK’s leading children’s charity. Staff working in children’s services for Barnardo’s have been consulted to ensure emotions are represented authentically and a mental health practitioner was present during filming.

Our CEO, Frazer Gibney, commented: “I am incredibly proud of the second wave of work we have created for Barnardos and want to thank everyone involved: the clients for backing a brave idea, the creatives for originating it, and Sam and the post production company for executing it with such craft and flair. At every stage of the journey people have put their heart and soul into this campaign, and I hope this work will raise better awareness of the life-changing work that Barnardo’s does for young people".

Last year around 300,000 children, young people, parents and carers were supported by Barnardo’s through more than 1,000 services across the UK, such as young carers, care leavers, foster carers and adoptive parents, training and skills or parenting classes. The charity work to transform the lives of the UK’s most vulnerable children and every year help thousands of families to build a better future.

For more on this campaign, visit Campaign or The Drum.

To find out how you can support the UK's leading children's charity, visit www.barnardos.org.uk. 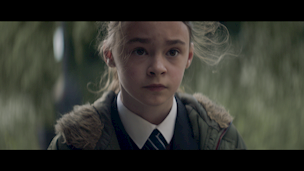