This week, when Simone Biles withdrew from the team and all-round finals at Toyko 2020, she made a bold statement to the world watching on, putting first the importance of her mental health and truly redefining what it takes to be a champion. At FCB Inferno, we are deeply inspired by Biles' action and the stance she has taken, making strides to the values promoted across the fitness industry.

Sharon Jiggins, chief marketing officer here at FCB Inferno, who pitched and won Sport England’s This Girl Can, agrees. Noting that when athletes speak candidly about mental health they are unfairly on the receiving end of the media and then social backlash, Jiggins says: “This is where the brands that these athletes endorse can play such a vital role in helping to change this.

The Drum published the below article, exploring how brands can back Simone Biles and the next generation of athletes opening up on mental health. To read the original article, click here. 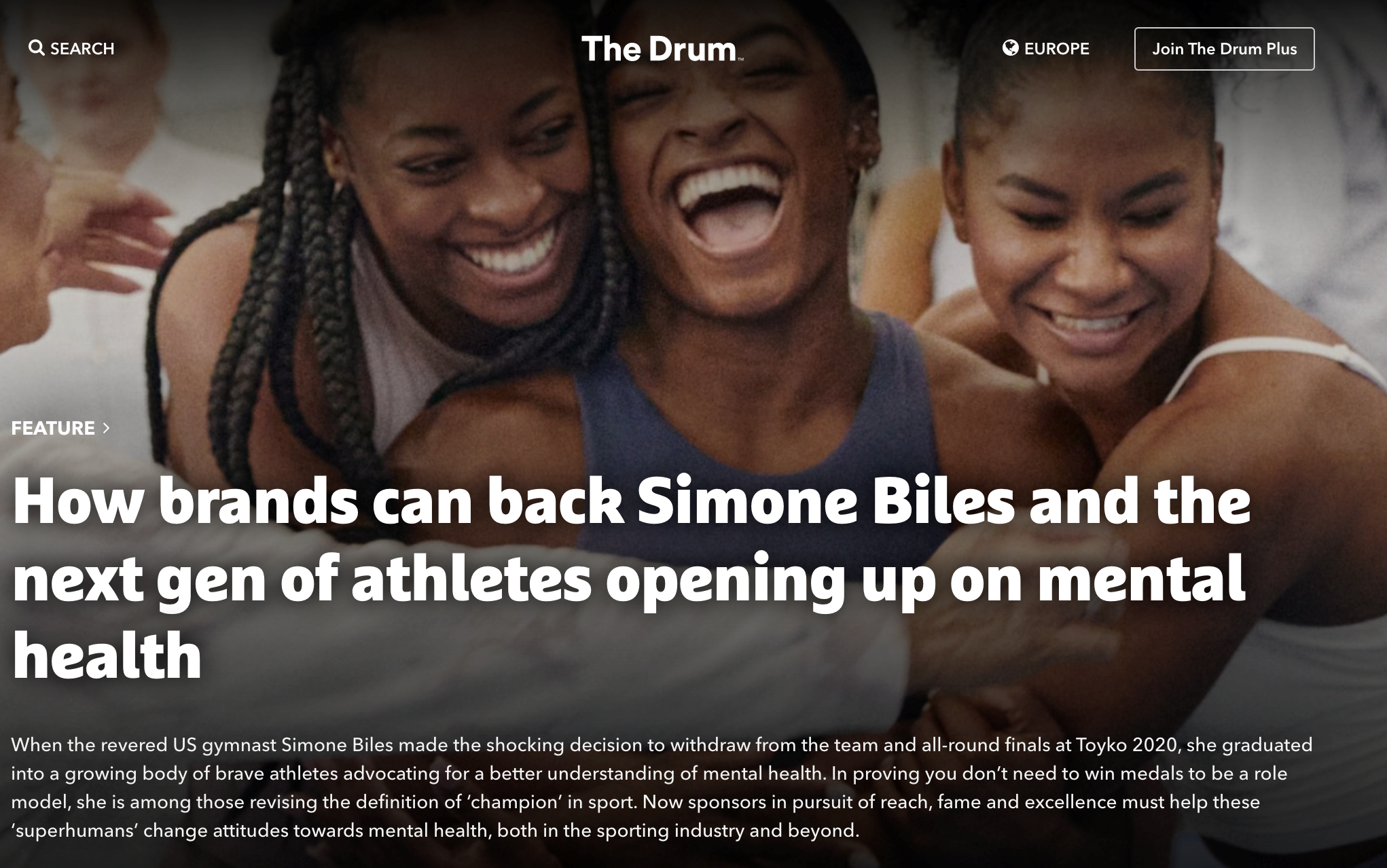 On the back of “I truly do feel like I have the weight of the world on my shoulders at times,” wrote US gymnast Simone Biles to her 5.8 million Instagram followers, after an uncharacteristically flawed performance at Sunday’s women’s gymnastics qualifications.

As the most decorated gymnast of all time by the age of 24, Biles’s job is to master perfection. But her ability to perform the miraculous leaves many forgetting she isn’t actually a ‘superhuman’. Even Olympians can suffer from deteriorating mental health, and her decision to put that first showed the world that athletes are not only role models when they win medals.

“I can’t begin to imagine the kind of pressure Simone or any athlete at the pinnacle of their career must be under to perform,” admits mental health charity Calm’s chief exec Simon Gunning. “She took time out on Tuesday and did so with grace, which is befitting of a modern-day role model.”

This year a new era of sport has dawned – one where athletes talk candidly about the mental strains and struggles of being at the top of their game. “Athletes who take a stand regarding their mental health are providing positive role modeling to others in their industry as well as our industry,” insists Uzma Afridi, head of careers at Nabs, the support organization for the advertising and media industry. “They’re at the top of their game, working in immense pressure, but are still prioritizing their wellbeing.”

Back in June, the name ‘Naomi Osaka’ flashed across all news sites when the professional tennis player announced she would not conduct her press obligations during the French Open, before withdrawing from the tournament altogether, citing mental health. Hailed by some for her bravery, Osaka also had to deal with those criticizing what they deemed ‘diva behavior’.

“It has become apparent to me that literally everyone either suffers from issues related to their mental health or knows someone who does,” Osaka wrote in an opinion piece published in Time, with the headline: ‘It’s OK Not to Be OK.’

“Perhaps we should give athletes the right to take a mental break from media scrutiny on a rare occasion without being subject to strict sanctions,” she suggested, pointing to the larger issue at hand, which is a lack of structure in place by sport’s governing bodies in protecting athletes that suffer. “In any other line of work, you would be forgiven for taking a personal day here and there, so long as it’s not habitual.”

When Biles announced she had withdrawn from the final individual all-around competition, the media was quick to swarm around her, trying to calculate what this meant for her brand sponsors, with some suggesting her decision should act as a warning to brands that ‘bet’ sponsorship dollars on one athlete.

Considering the culture of endorsement deals with ‘performance-related payment reductions’, would this mean Biles’s network of brand partners would soon come crashing down? Or have we now entered a new era of mental health in sports, where superhuman athletes sell their weakness as well as their strength?

“With positive strides made on bringing the topic into the mainstream media by so many brave people, brands have no choice but to act correctly with compassion, empathy and support, and if they don’t they will quickly be exposed and targeted,” argues Sam Grayson, sponsorship account director at Leo Burnett. “The opportunity here is for brands to run with these inspiring athletes and buck the trend of ‘win at all costs’ and ‘performance is king’. These women are champions.”

Sharon Jiggins, chief marketing officer at FCB Inferno, who pitched and won Sport England’s This Girl Can, agrees. Noting that when athletes speak candidly about mental health they are unfairly on the receiving end of the media and then social backlash, Jiggins says: “This is where the brands that these athletes endorse can play such a vital role in helping to change this.

“After all, the reason why these brands are sponsoring these athletes is to reach their fanbase – most of whom are going to be young kids. These kids need to know that mental wellness is just as important as physical wellness and it is OK to talk about it openly. And brands need to fuel these conversations by coming out to support the athletes who are openly talking about their struggles.” 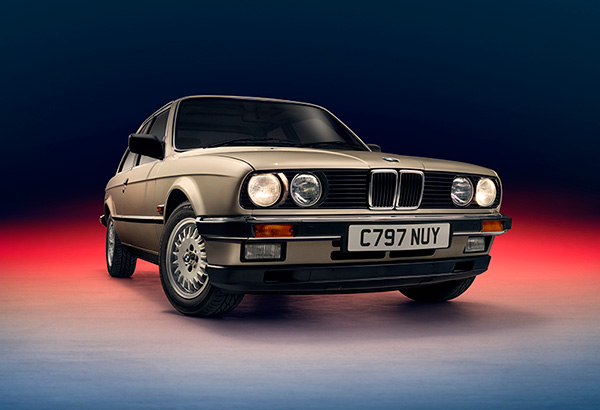