More and more people are considering going electric with their next car purchase, but many are not ready to make the leap to fully electric. That’s why BMW wanted to let drivers know that they offer a full range of Plug-in Hybrid Electric Vehicles (PHEV), which combine a petrol engine and an electric motor to offer the best of both worlds. Our campaign had to cut through, and explain how a BMW PHEV combines the performance of petrol, with the efficiency of electric, in one BMW.

Above all, a BMW PHEV is a BMW. It looks, feels and drives like a BMW – it just happens to seamlessly switch between petrol and electric.

This groundbreaking range of cars needed a groundbreaking campaign. In our films, when a BMW PHEV switches from petrol to electric, it glows with pure white light. When it changes back to petrol, the light disappears. In other words, the car is ‘Sometimes electric. Always BMW.’ 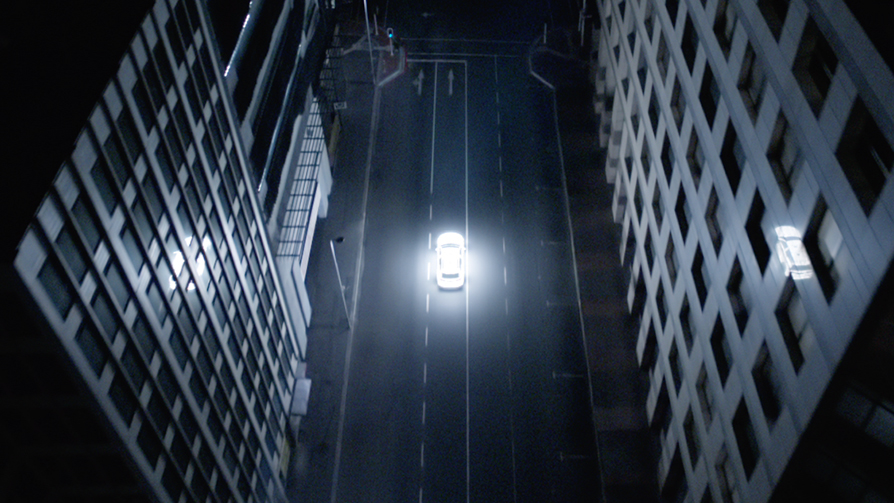 Achieving this effect in a way that felt realistic was much harder than it looked, and the BMW PHEV shoot included a lot of firsts. A pioneering LED lighting rig was custom built specifically for the campaign, to give a real illumination effect rather than relying on special effects. An anamorphic camera normally used for IMAX movies gave a more cinematic feel. Add in flying drone shots through a working city, and a cameraman on rollerblades who used to skate at the X Games, and you get a sense of the level of craft that went into creating the campaign. The result is an elegant visual metaphor that brings to life the PHEV range’s hidden yet innovative functionality. The campaign is running across TV, social media, digital and outdoor across Europe.

Michelle Roberts, BMW UK Marketing Director, says: “‘This beautifully simple idea captures the joy of driving the BMW PHEV range. It demonstrates how the cutting-edge technology in the cars allows them to effortlessly switch between petrol and electric and back again.”

Owen Lee, FCB Inferno’s Chief Creative Officer, said: “It’s a very rare thing on a commercial shoot when seasoned members of the film crew and passers-by are excitedly filming the monitor - it was a hugely reassuring sign that we captured the energy and power of the technology in a show-stopping way.“

The campaign’s creative team were Ben Usher and Rob Farren. The director was Rob Chiu, and the production company was Iconoclast.