Despite 1 in 5 people worldwide being affected by dyslexia, only 3% of the population view it positively. This is because the current definition is outdated, classifying dyslexia as a “disability” or “disorder.” In fact, research has shown that those with dyslexia outperform at a wide variety of skills that are valuable in the workplace such as creativity, empathy, leadership, and outside the box thinking. This is also proven by the number of incredibly successful businesspeople, inventors, and creators who all have dyslexia. The conversation around dyslexia needs to change, and employers need to recognise all the things people with dyslexia CAN do.

Campaigns about dyslexia had overwhelmingly focused on encouraging the 1 in 5 people with dyslexia to change the way that they felt about themselves and to empower them to embrace their difference. Our research showed that although this had some impact, the real barriers were systemic and that we needed to push for structural and cultural change.

This breakthrough allowed us to shift our focus to changing the minds of cultural institutions, the business sector and business leaders. We recognized that if they could redefine dyslexia and encourage people to accept dyslexia as a skill, this would have a domino effect of making businesses actively promote it as a benefit in the workplace, which in turn would embolden people with dyslexia to come forward.

Virgin Group partnered with Made by Dyslexia, LinkedIn, and Dictionary.com to shift focus to the term “Dyslexic Thinking” - a phrase that highlights all the positive skills people with dyslexia possess. To raise awareness, LinkedIn changed its platform to feature Dyslexic Thinking as an official skill available for the 810 million users to add to their profiles. Dictionary.com then vetted it through their rigorous accreditation process and added it to their dictionary. By recognizing dyslexic thinking in such high-profile ways, we were finally able to begin shifting people’s perceptions.

Sir Richard Branson launched the campaign on LinkedIn, calling for others to join him in adding the skill to their profile, creating a groundswell of support from celebrities and non-celebrities alike. Dictionary.com followed suit, letting the world know they could now find “Dyslexic Thinking” in one of the world’s most-used dictionaries. A film was also released online that introduced the term “Dyslexic Thinking” by showing how history has been shaped by those who were/are dyslexic.

Finally, we used hyper-targeted messaging on LinkedIn tailored to HR professionals encouraging them to actively seek candidates who listed “dyslexic thinking” in their profiles. 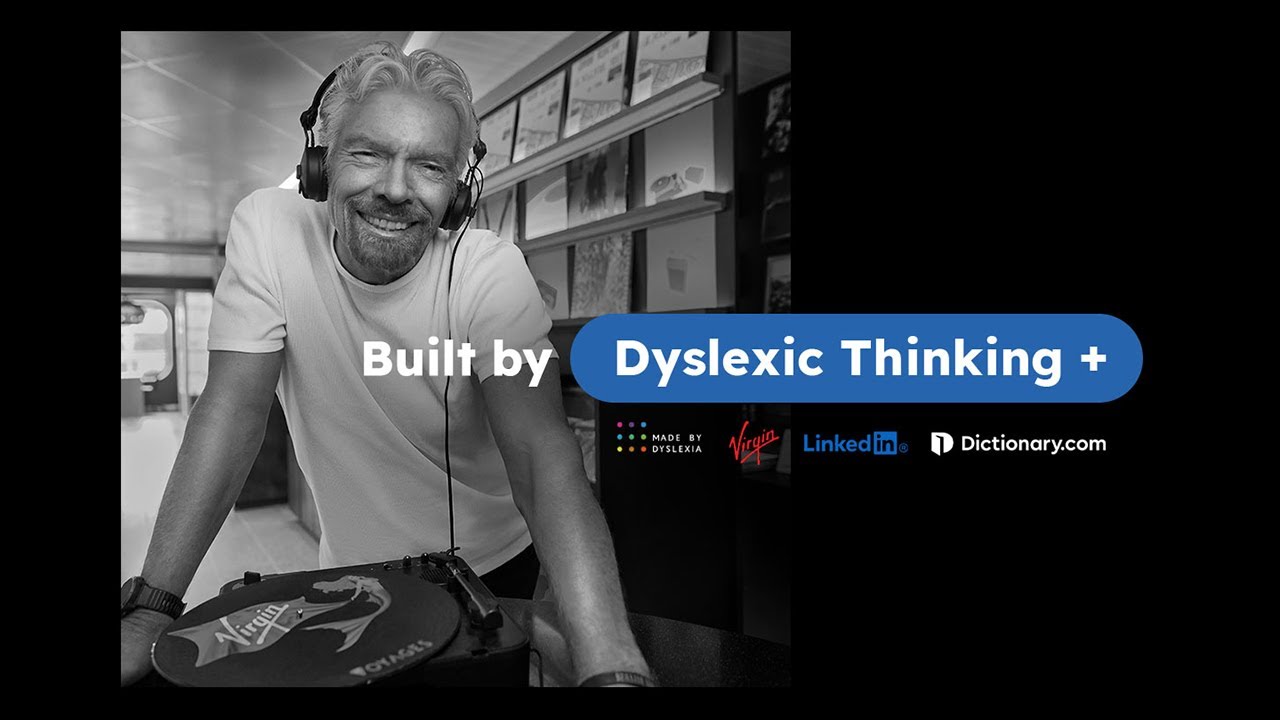 The campaign was immediately taken up by international media outlets, gaining coverage from over 250 major global publications including the BBC, the Independent, Business Insider and Bloomberg with an opportunity to see of 150 million and an earned media value of £1.5M+.

Within 30 days, 13,000 HR and recruitment leaders had also viewed the film explaining how Dyslexic Thinkers could help take their company to the next level. Finally, and most importantly, over 10,000 people had added “Dyslexic Thinking” as a skill on LinkedIn, a number which continues to grow to this day, and which global companies including Facebook, EY, HSBC, and Microsoft are already seeking out in their recruitment.

This campaign has fundamentally shifted the way the world views one of the most common forms of neurodiversity in the workplace. By recognising Dyslexic Thinking as a skill, we have given the 1 in 5 people in the world who are affected by dyslexia the confidence to embrace their unique way of interacting with co-workers and employers. With a 1562% increase in positive online sentiment towards the word “dyslexia,” we’ve definitively proven that dyslexic thinking is exactly the kind of skill needed to push humanity forward, and it’s now being recognised as the positive force it should be.