The Premier League’s ‘No Room For Racism. Anywhere.’ is an integrated campaign, launched in October during Black History Month.

The campaign had two clear objectives:

1) To encourage football fans to challenge racism wherever they see it, whether that be in and around the grounds or online.

2) To inform fans about the measures the Premier League has taken to tackle different forms of racism in and around football, including increased security measures, additional training and an additional focus on education to tackle the causes of racism.

People often see physical and verbal racist abuse as the only form of racism. However, racism can take many different forms (from instrumental through to structural racism) and it is only by learning to recognise them and by taking action, that change will come about.

‘No Room For Racism. Anywhere’ - To achieve real change, we all need to recognise and act against racism in all its forms. 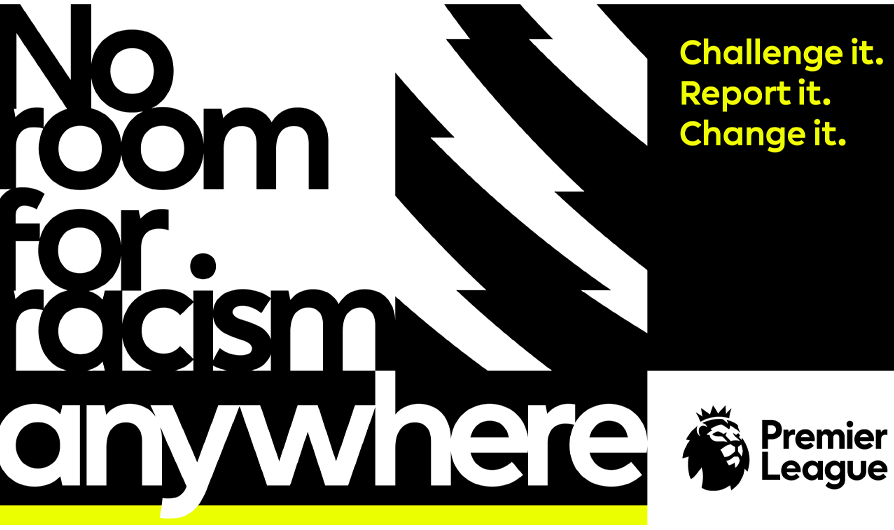 The campaign was built around how Premier League matches are used as a continuous platform to highlight racial injustice to a global audience. This includes players taking the knee before kick-off and the promotion of ‘No Room For Racism’ on all matchday shirts. These actions are balanced with the passion of the fans, the roles and responsibilities they have in being part of the solution as well as highlighting the measures that the Premier League itself has been taking to tackle racial inequality. The campaign builds to rally the fans to: Challenge it. Report it. Change it.